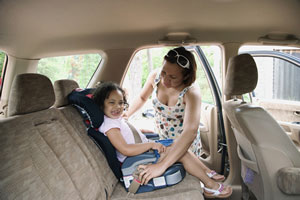 Every day, nearly 200 kids 4-8 years old in the United States need emergency care for injuries suffered in car crashes. Every other day, one of these children dies from those injuries. While child safety seats are used widely by parents for kids under 4 years old, kids 4-8 years old are left vulnerable to life-threatening injuries from car crashes.

Booster seats protect kids in this key age group, by lifting them up so that the seat belt fits better across the chest and hips. Booster seats are known to reduce the risk of injury in car crashes by as much as 50%.

Over one-half of states (28) require booster seats for kids through 7 or 8 years old, while other states have younger age requirements. In January 2010, the CS Mott
Children’s Hospital National Poll on Children’s Health asked parents with kids 4-8 years old about booster seat use for their kids and laws in their states.

Booster Seat Use and Awareness of State Laws

Among parents with kids 4-8 years old, 51% report that they do not know their state booster seat law, and 20% think they know the law but are wrong about the age requirement. Use of booster seats does not differ with parents’ awareness of state laws.

Almost one-half of parents with kids 7-8 years old say they would not use booster seats if there were no laws.

Fifteen years after booster seats were first approved, this poll indicates that booster seats are used for the vast majority of kids 4-6 years old, but much less often for kids 7-8 years old. Results of this poll also show that many parents either do not know or are incorrect about their state’s laws governing booster seat use.

Continuing booster seat use for 7- and 8-year-olds may seem unnecessary to some parents. States that require booster seats only for younger kids reinforce that idea. But booster seats save lives and prevent serious injuries, not just for kids 4-6 years old but also kids 7-8 years old. Extending booster seat use to older kids, by improving educational efforts for parents and standardizing age requirements across states through age 8, may greatly reduce the number of auto collision injuries and deaths for kids in this age group.

This report presents findings from a nationally representative household survey conducted exclusively by Knowledge Networks, Inc, for C.S. Mott Children’s
Hospital via a method used in many published studies. The survey was administered January 1-18, 2010 to a randomly selected, stratified group of parents aged 18 and older (n=706) with children 4-8 years of age from the Knowledge Networks standing panel that closely resembles the U.S. population. The sample was subsequently weighted to reflect population figures from the Census Bureau. The survey completion rate was 71% among parent panel members contacted to participate. The margin of sampling error is plus or minus 4 to 5 percentage points for the main analysis. For results based on subgroups, the margin of error is higher. 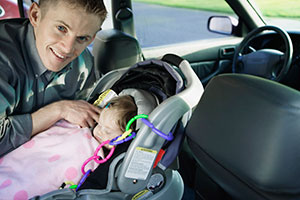