The response to the global outbreak of H1N1 flu in 2009-2010 included an ambitious national vaccination campaign in the United States. The federal government purchased hundreds of millions of doses and encouraged priority vaccination of all children aged 6 months and older, as well as millions of adults judged to be at high risk for medical complications of flu.

According to estimates from different research groups, by January 2010 about 30% of children nationwide had been vaccinated against H1N1. This proportion was lower than pre-campaign estimates of public demand (NPCH Vol 8 No 1), and also lower than the number of available doses. To study potential reasons for acceptance or reluctance regarding H1N1vaccination for children, the C.S. Mott Children’s Hospital National Poll on Children’s Health conducted a national survey in January 2010. 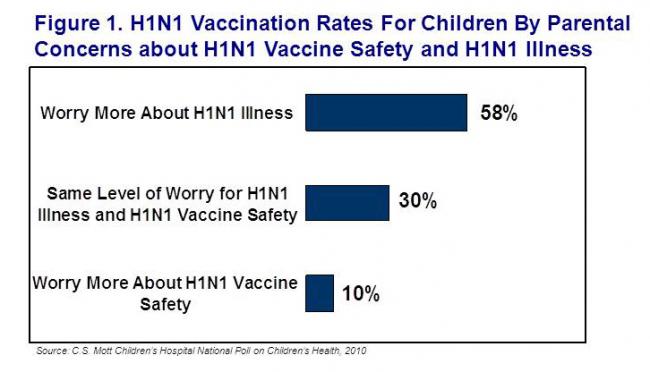 These poll results indicate that parents’ efforts to get H1N1 vaccine for their children are guided by their perceived risks of H1N1 illness versus the perceived risks of the vaccine. National disease patterns indicate that H1N1 flu has already been more deadly for children than seasonal flu, yet it appears that parents may not fully appreciate the potential severity of H1N1 illness.

Meanwhile, parents’ concerns about safety of H1N1 vaccine run counter to the vaccine’s track record of safety in clinical trials and in millions of doses given since October 2009. Public health and medical authorities will need to address safety concerns if they are to extend H1N1 vaccination to reach more children in 2010.

This report presents findings from a nationally representative household survey conducted exclusively by Knowledge Networks, Inc, for C.S. Mott Children’s Hospital via a method used in many published studies. The survey was administered January 1-18, 2010 to a randomly selected, stratified group of parents aged 18 and older (n=1,612) from the Knowledge Networks standing panel that closely resembles the U.S. population. The sample was subsequently weighted to reflect population figures from the Census Bureau. The survey completion rate was 75% among panel members contacted to participate. The margin of sampling error is plus or minus 2 to 3 percentage points for the main analysis. For results based on subgroups, the margin of error is higher. This Report includes research findings from the C.S. Mott Children's Hospital National Poll on Children's Health, which do not represent the opinions of the investigators or the opinions of the University of Michigan. The University of Michigan reserves all rights over this material. 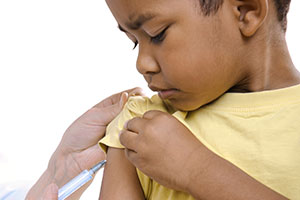 Flu vaccination among children may reach all-time high this year 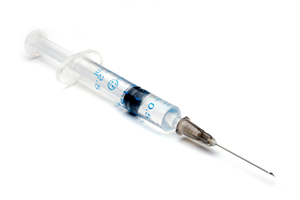 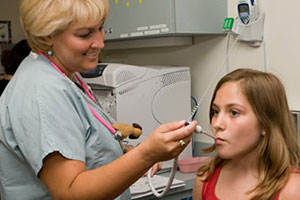